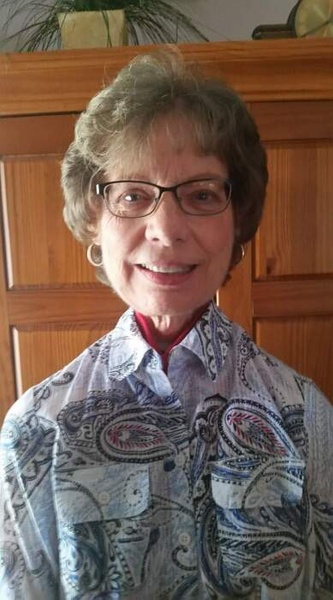 Vicki Lou Spain, 74, of Marysville, passed away Tuesday, March 23, 2021 following a lengthy illness during which she was cared for by her loving family.

A wonderful mother and doting grandmother and great grandmother, Vicki loved spending time with her family. She enjoyed watching sports of any kind, playing cards, shopping and watching the Food Network. Having a love for nature and wildlife, she could often be found looking out her windows and watching all the wildlife, the rabbits in the yard and the birds at her feeders.

A 1965 graduate of Marysville High School, she worked at TRC in Marysville for over 30 years.

Born January 21, 1947 in Columbus, she was the daughter of the late Paul and Leota (Fox) Brown. In addition to her parents, she was also preceded in death by a sister, Sally Orahood and a brother, Jerry Brown.

Vicki is survived by her son, Bo (Amy) Spain of Marysville; grandchildren, Josh (Jessica) Spain, Darren (Shelby) Spain and Hailey (Eric) Cook; great-grandchild, Griffin Spain; a great-granddaughter expected next month; several nieces, nephews, cousins and her close friends she spent so many special times and shared so many memories with.

Friends may call from 2-5 P.M. Sunday, March 28, 2021 at Wilson Funeral Home, Mannasmith Chapel. Burial with graveside services will be held at a later date at Our Lady of Lourdes Cemetery. In lieu of flowers, the family requests memorial contributions be made to the American Lung Association in memory of Vicki. Condolences may be sent to the family at www.wilsonfuneralhomesinc.com

To order memorial trees or send flowers to the family in memory of Vicki Spain, please visit our flower store.